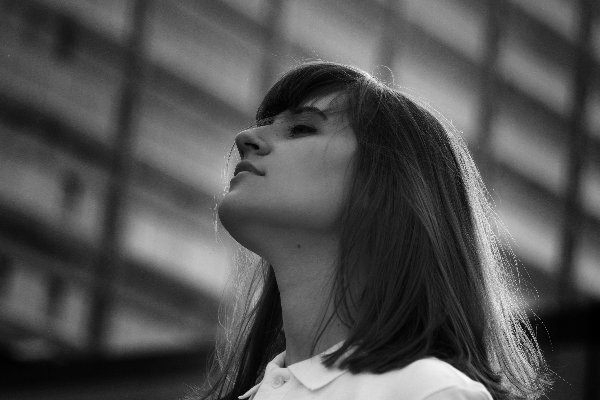 Emilie & Ogden Biography (2015)
The longing for impossible things, precisely because they are impossible; nostalgia for what never was; the desire for what could have been; regret over not being someone else; dissatisfaction with the world’s existence. All these half-tones of the soul’s consciousness create in us a painful landscape, an eternal sunset of what we are.―Fernando Pessoa, The Book of Disquiet

It seems the young harpist, distinguishable by her brown bangs, has little in common with the 20th century Portuguese controversialist. And yet Pessoa’s words could not have more accurately described the vivid sentiment embodied in Emilie’s work.

Emilie began playing music as a child by mere chance when she was handed down a flute by a family friend. She studied the instrument up until college, without ever forming a lasting bond with it. No one could have guessed that she would one day find herself entranced by the Mesopotamian beauty of the harp. In the meantime, she lent her voice to short-lived bands and through them felt the thrill of performing to small crowds: “I went onstage a few times at the school theatre,” she recalls, “and the feeling was incredible.” Still, none of these experiences could have predicted she would one day play the strange instrument to an audience.

No—what changed the wispy brunette’s destiny was a moment seemingly of grace, as she gazed upon the magnificent harpist Sarah Pagé playing along with her school’s choir, mingled with the faint memory of a tortured chorus from the song Emily, by Joanna Newsom. “I had never felt this way toward an instrument,” she said. She found a teacher on Craigslist the next day. A few months later, Ogden entered her world in all its 38-stringed majesty. Together, they became Emilie & Ogden.

MEL - Émilie & Ogden on the web